Home>Articles>Can I hold driver's licenses from two different states at the same time?

Can I hold driver's licenses from two different states at the same time? 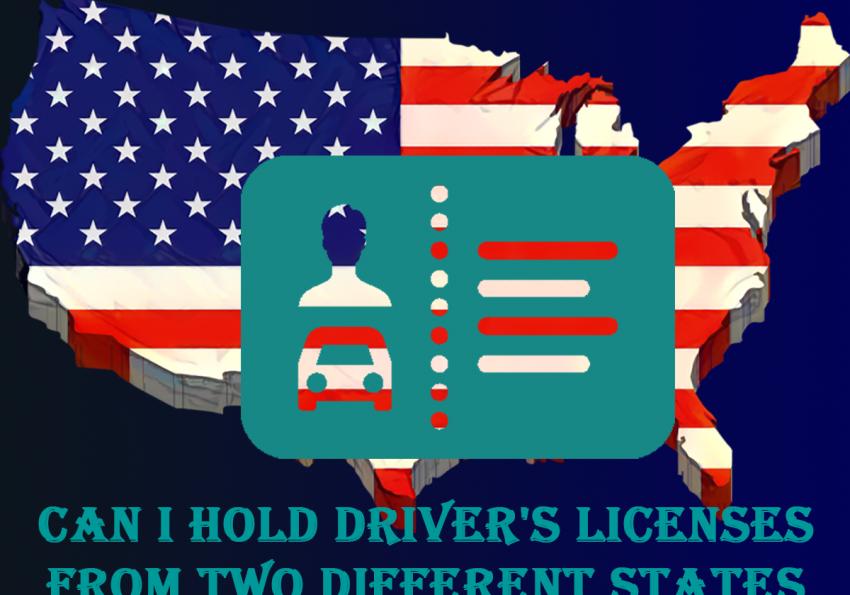 Can you have a driver's license in two states: State Laws Are Different

Automobile insurance is regulated by each state in the US individually. Due to this, laws can differ from one state to the next. In most cases, a person cannot possess two different states of driver’s licenses at the same time. This is considered a security policy in many cases, though there are other reasons states avoid issuing multiple driver's licenses at the same time as well.

A person will generally be required to have a driver's license in the state that they are considered to have permanent residency in. So long as this driver's license is valid, a person will be able to drive in any state in the country. There are a few exceptions to this rule; exceptions where a person can obtain a second driver’s license without having to give up their first one.

Since there is complexity with trying to keep track of a single person who could have multiple driving records for different driver's licenses, multiples are not generally allowed. Also, states do not want people to utilize a second license so that they can avoid suspensions, fines, fees, and penalties, in other states. Regardless of the type of license, you're looking at getting, the licensing office in the state you are applying for will check the National Driver Registry. This is a database that lists drivers who have serious offenses on the record. These offenses can include things like DUIs, reckless driving, and having a driver’s license canceled, suspended, or revoked.

There are very few places that allow a person to obtain a second driver's license. In Florida, the Department of Highway Safety and Motor Vehicles allowed part-time residents in the state to retain their valid out-of-state driver's license and received a license that is valid in Florida only as well. Due to the Real ID Act mandates, Florida no longer allows this type of driver’s license.

The process of moving from one state to another can be exciting, stressful, and an adventure too. There are often new laws to learn, new paperwork to fill out, and more. How to update a person’s driver’s license starts with proper research. The first step is to find your local DMV. There you can find a complete list of the documentation that will be needed to update your driver’s license. In many cases, this can be found on the government website for the DMV or Registry of Motor Vehicles. In some states, the timeframe people have to change their license over is very short, and in others, the state will give you up to three months or more.

After you have confirmed what you need to bring to the DMV, which in most cases is your current driver’s license, additional verification of your identity, proof of your new address, and payment for fees associated with changing your driver’s license over, it is time to head over and get the job done. Bring original copies of the documents you need to bring. Hard copies of bills, when used as proof of residence, must also be presented. Online copies are often not accepted.

Car Registration And Insurance When Living In Two States?

Keep in mind that you might not have a picture ID version of your website for up to two weeks or more after you change the license over. If you are going on a flight and do not have other photo ID, or need your ID for other purposes, it may be better to wait or consider bringing a passport or other form of picture ID. You may end up with a paper temporary driver’s license that does not have a picture, and might not be accepted for getting you into clubs, bars, or other planes.

Expect possible wait times at the Department of Motor Vehicles, and check to see if they have online appointments available. Make sure to bring a payment type that is accepted, which you will need to check with the DMV to verify. A vision test may also be required, something to keep in mind. Also, some states require a person to take a driving test. In all cases, you will need to update your vehicle registration and automobile insurance. People who do not update these things, as well as people who do not change their driver’s license over, can face large fines, fees, and penalties.

Make sure to let the DMV in both states know that you will be utilizing your vehicle in multiple states. In addition, confirm with your car insurance provider. By providing them with this information, you can avoid hiccups and frustrations down the road. When purchasing a car insurance plan, regardless of the state that is considered your primary residence, you should do some comparison shopping. American Insurance has the best prices for car insurance available in your area for many top companies. Get free quotes today and save.