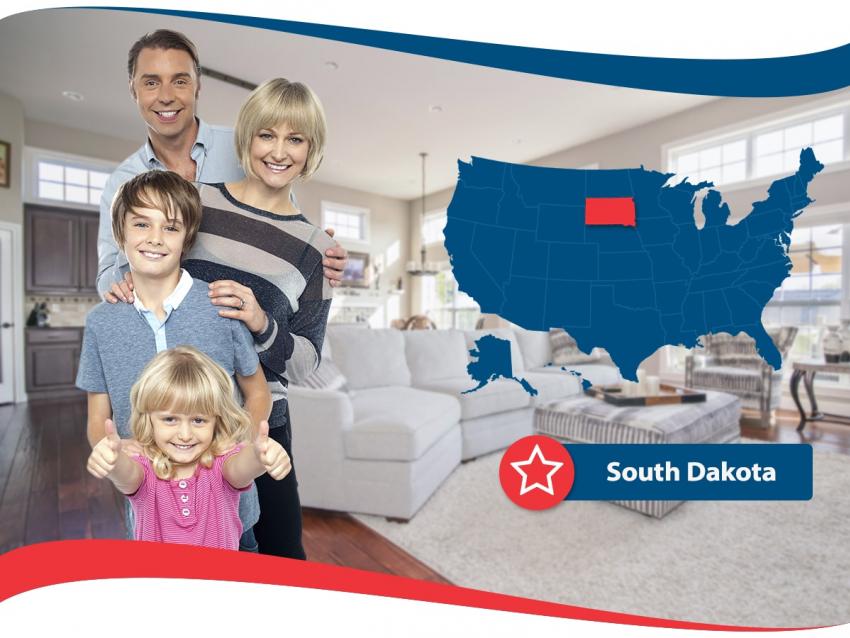 South Dakota is one of the most sparsely populated places in the whole country. It’s a lot of wilderness and farm land, and it’s full of people who like to be by themselves on their land with their families. There are some small cities but the largest city in SD is the size of some large towns in other more populous states. South Dakota is certainly a special place with beautiful landscapes and lots of wildlife. That’s why it’s so important to have home insurance South Dakota when you are a homeowner. The rates in South Dakota are pretty low in general, about $200 lower than the average price for usual Americans, but there is still a lot of risk for weather events since the state sees some of the most extreme weather patterns around. The winters are cold and full of snow leaving plenty of opportunities for frozen pipes and roof damage from heavy snow. The summers are hot and humid but have plenty of strong storms that can do a lot of damage, including wind and hail. The eastern part of South Dakota is part of what is known as “tornado alley.” This is an area where tornadoes are quite frequent. No resident wants to be without home insurance in South Dakota!

The state is home to some iconic monuments. Mount Rushmore is a man made attraction, but there are also plenty of other things to see that are a bit more natural. Badlands National Park is probably the most well known spot in the state for enjoying nature, but there is also Wind Cave National Park.

The cheapest place for Home Insurance South Dakota is Sioux Falls. Luckily this is the largest city and it’s where nearly ⅕ of the residents of the state even live! It’s the center for everything in the state including education and culture, and so it’s a good thing that the rates are so cheap there, because usually cities see higher home insurance rates! Another great affordable place for home insurance is Huron, SD. This is a place known for a large statue of a ring necked pheasant at a liquor store in town. It has only 12,000 people living in it but that’s quite a large town for a state like this!

The most expensive places for home insurance South Dakota include towns like Belle Fourche. This town whose name means pretty fork in French has extreme weather and it is not too close yet not too far to many things. The other place that has some expensive home insurance is called Sturgis. This place is only a town of 7,000 for most of the year but during a week in August 500,000 people come to town in order to attend a motorcycle convention in the state.

South Dakota is a very special place to live and homeowners there know that is so. There are lots of things to do and ways to get dirty, get snowy in the winter and get wet in the summers. However, you will be able to enjoy all of the things this state has to offer much better if you don’t have to worry about what might happen to your house just because of the weather or a theft that you can’t control. You will be able to sleep easier at night in your South Dakota home knowing that if something does happen, you’ll be covered. Try some of the companies that offer home insurance in the state and get the best quote possible for your home when you need it. There are quite a few high quality options.