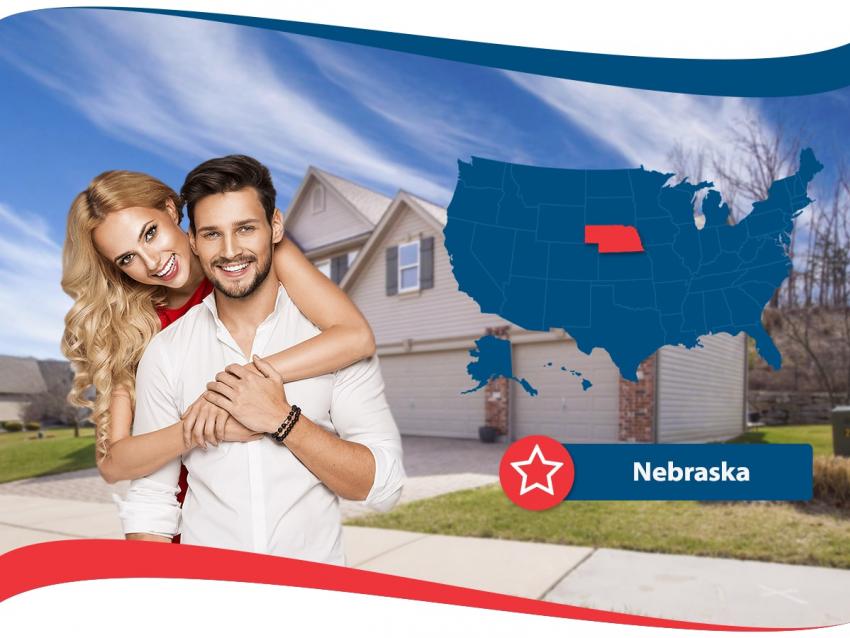 Nebraska is often called a “drive through” state because it’s one that many people don’t even take a rest stop in when they drive cross-country. However, it’s a state that can stand on its own two legs even though you might have to drive past a whole bunch of corn fields to get to where you are going. For this reason, the state is known as the Cornhusker state, and the people who live here are called Cornhuskers. The state does have quite a lot of weather, as does anywhere in the US. It’s flat territory gives way to easy passage for tornadoes and there were over 26 twisters in 2015. There are plenty of spring and summer thunderstorms, and winters are harsh with plenty of snow. That means you will want to add coverage for things like floods which are a constant risk just about everywhere due to the flat land.

Nebraska Home Insurance Rates range from about $2000 to $3800. That’s quite a big difference. In these rural communities home insurance rates can be quite high especially if the town is served only by a volunteer fire department or maybe just one in the next town over. It can also be costly if you live far in the wilds down a dirt road that would be hard to traverse for emergency vehicles. The cheapest place for Nebraska Home Insurance include Papillon, Bellevue and Lincoln.

Papillon is a French word that means butterfly. This town of about 18,000 is a suburb of Omaha which is actually somewhat of a bustling metropolis thanks to Warren Buffet. It is probably cheaper here thanks to the widespread availability of services and the fact that people probably live closer to the services here. Bellevue is another place that is a suburb of Omaha, though it’s quite larger than Papillon at about 50,000. Lincoln is a city in its own right. It’s the capital of the state and is the second largest, after Omaha. This place does see its share of tornadoes but the availability of services keeps the prices of Nebraska home insurance in check.

The most expensive places in the state for home insurance are Broken Bow, Ord and Hastings. Broken Bow is a town of just over 3000 people that is in the center of the state. It’s pretty small and is sort of but not exactly in the middle of nowhere. Ord is another small town very close to Broken Bow. This place has about 2,000 people in it. Hastings is not far from either of these towns either, compared to other places in the state. However, these towns are small and very prone to tornadoes and other harsh weather so their home insurance rates are a bit higher.

When you are thinking of what Nebraska home insurance company to go with the best thing to do is get quotes from multiple options. There are some great ones to try. There is Nationwide, which has a way to ensure that anything damaged will only be replaced with brand new models. Liberty Mutual has a great service to get a repair guy to your home no matter what time of day or night. State Farm’s homeowners insurance covers frozen pipes and sewer backups which you might need in Nebraska with harsh winters! Farmers has a special app you can use on your phone to file claims quickly and easily and Travelers has a bunch of discounts available.

However, while special features may make it more or less worth it to get home insurance with one company over another, you probably just want to get the cheapest rate available to you. So why not just go with the one who gives you the best quote? That’s the best way to do it so that you can get the best rate on Nebraska home insurance. Find out what company feels the best for you and then go with it! It does take some research but it’s worth it in the end.