The best and worst states for drivers 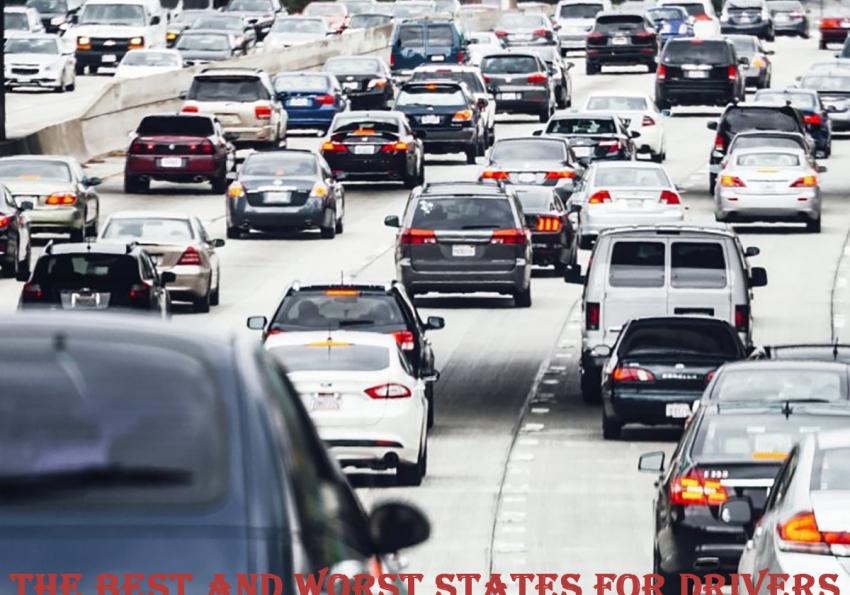 There are some things that people in pretty much every state love to compare and chat about. One of the things is how the roads in their state are always filled with construction and that their state is the worst one for construction overall. The same goes for driving in general, and it seems there is always a competition going on for the title of worst city to drive in as well. While these are not awards everybody should want their state to have, driving can be pretty chaotic in a number of states around the country. That said, there is also driving where people are statistically less likely to get into accidents, and where the driving is considered the best, or rates highly, among all of the states. This article will explore how people try to determine what the best and worst states for drivers actually are. Traffic, accidents, car insurance cost, and numerous other elements are often taken into consideration. Do you know how your state matches up overall? Every year, numerous companies and organizations give rankings for the best and worst states for drivers. In many cases, the states on the bottom of the rankings are similar across the board.

The Best States For Drivers

There are numerous benefits to knowing where your state falls on the list and why. By seeing where your state ranks overall, you can analyze where the risks lie, and get plenty of information about overall driving. That said, each city in the area is different in regards to risk and the quality of the driving there. Additional research can be done to determine the statistics for your city, county, or region.

First off, a huge congratulations to all of the states that were ranked in the top 10. These ratings are from 2018, so there may be some small changes to take note of overall now, something to keep in mind. That said, in most cases, the rankings move slowly, with few states making large moves either up or down from one year to the next. Coming in at tied for number nine are Vermont and South Dakota. The likelihood of a tie is slim, but these states managed to do it. One of the notable things about the best states for drivers overall is their location. The southernmost states in the country are not among the best overall, with most of these states in the top ten in the Midwest and northern and central regions. Coming in at number eight is Wyoming, with Kansas coming in at number seven. Kansas is the southernmost state on the list overall. Many of the states on this listing are relatively flat as well. The East Coast and the West Coast have relatively little representation on the list of states best for drivers. Vermont is the state that is closest to the eastern border of the country, with Ohio being the next farthest state to the east.

Numerous variables are considered when determining the top-ranked states for drivers, including the fatality per 100 million vehicle miles traveled. In addition, the rankings pay attention to car thefts. Other variables that are considered include the premiums people pay for automobile insurance, the average commute time in the state, and the percentage of roads that are in poor condition. Keep in mind that while some states may have less expensive automobile insurance, the cost for auto insurance and what the minimum requirements are can have an effect on other parts of the list.

The state that is ranked sixth is Indiana, with Nebraska coming just behind. Some people are surprised that some of the top states for drivers on the list are some of the states that are the farthest north. While cold, snow, and temperature changes can have an effect on the quality of the roads, some states that are pretty far north, like Minnesota, still fall high in the rankings. Minnesota comes in at number four in the rankings overall, a fantastic score. The statistics and information found in these studies and lists are fascinating. Many people believe that their state is the worst one for drivers, though sometimes people have a higher likelihood of believing that a neighboring state from theirs is the worst off overall. Coming in at number three is the state of Ohio. Iowa comes in at number two, closer to revealing the number one top-ranked state for drivers. This state is another state that is far to the north. North Dakota comes in at number one on the list, with some great statistics in numerous categories. The fatality rate for North Dakota is 1.07 deaths per 100 million vehicle miles traveled. In addition, the average auto insurance premium in the state is well below the national average. With the national average being just over $1,000, North Dakota comes in at $662 per month. This is almost $350 per month less, on average. Drivers do need to keep in mind that some of the averages may be due to people buying and/or needing less coverage than what other states provide as the minimum amount. Automobile insurance provides financial protection, and getting the proper amount for your situation is essential. Other notable information about North Dakota is the 1,775 automobile thefts. This ranks in the top 10 fewest car thefts overall. Commute times are well below the average in North Dakota, with the average being 27 minutes and the average commute time for workers in North Dakota being 17 minutes. Also, only 10% of the roads in the state are found to be in poor condition.

Iowa is just behind, taking second place overall, and Ohio has lower safety ratings and comes in at a lower place in terms of auto insurance cost, placing it squarely in third place.

The Worst States For Drivers

Utilizing the same statistics, the worst states for drivers were determined. Most of these states are close to the coasts, with Louisiana and Colorado being the two states in the middle of the country out of the 10. Colorado came in at number eight, with Louisiana coming in at number 10. Between these two states in the rankings comes New York. There are many reasons a state can be considered among the worst states for drivers and some states find themselves ranking much worse in terms of scores in one or two categories, dragging their overall rankings down in the standings. Number seven is Rhode Island, number six is Maryland, and for number five the rankings move to the opposite coast. There are only three states on the Pacific coast, and two of them are found in the top five worst states for drivers. The five lowest-ranked states begin with Washington state at number five. New Jersey and Connecticut come in at number four and number three, respectively. Hawaii, which seems to surprise many people, comes in as the second-worst state for drivers overall.

The lowest-ranked states for drivers in the country is California. Again, keep in mind that different areas of the state will have better or worse experiences with automobile insurance policies. California is a massive state, a massive economy, and has tons of people. Some of the areas in California find that their commute to work is quite long. San Francisco, as an example, has quite high rent costs. Some people need to live quite far away and commute a long distance in order to pay the rent and live in the area. A larger number of states in California are in poor condition, over double the total, as a percentage of roads that are poor, than the nation as a whole. There are more thefts in the state, and there are also higher car insurance premiums, gas prices, plus the repair costs for vehicles in the state are higher than average as well.

People in the United States have been more likely to own their own vehicles due to lower costs of gasoline, insurance, and more. The cost of owning a vehicle is taken into consideration in this list, which is put together by a study from Bankrate. Auto insurance policies have gone up on average, with some costs increasing more in another area. Drivers in states that have bad roads are more likely to have to pay for auto repairs more often. In addition, more populous areas tend to have more accidents on average due to more cars being on the road.

Regardless of which state you are living in or where you are looking to move, there are numerous ways to save money on automobile insurance plans. You can take advantage of a wide range of discounts, maintain a safe driving record, and adjust your deductibles and limits if needed. Always make sure to have enough car insurance coverage to protect yourself financially if a serious accident occurs. Also, use the tools on this website to compare prices from multiple companies. Comparison-shopping is one of the top ways to find the best rates for car insurance available quickly and easily. This site has all the tools you need to find the top auto insurance rates available; get started now.